The MacArtney Group is pleased to announce the supply of an intelligent and rugged ice core drilling winch solution to British Antarctic Survey (BAS).

Ice core drilling
The winch will be used to deploy the new BAS Rapid Access Isotope Drill (RAID) which is able to complete a complete 600 m drilling cycle in just one week, before being redeployed at the next drilling location.

The drill will collect ice chippings, which can be used for isotope analysis and climate profiling, and leave an access hole to allow deployment of a temperature sensing cable. Both types of investigation and analysis will be used to identify good sites to find old ice. So far, shallow BAS drills have reached ice ageing between 150,000 and 350,000 years of age, while the oldest ice that has currently been investigated is 800,000 years old. BAS hopes that with the new drill, the organisation fill find sites with ice as old as 1,5 million years. 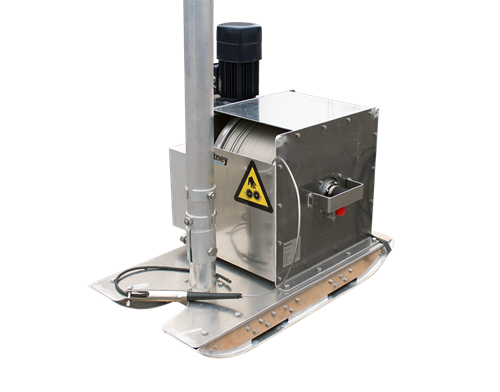 Ice core winching
Operation of the drill system will take place in East Antarctica at sites that are likely to be both cold (-25˚C to -35˚C) and high (>3000 m above sea level). Winching under these conditions is difficult and places very high demands on operators and the equipment they use.

First of all, due to the remote location of the drill sites, the MacArtney BAS ice core drilling winch needs to be transportable by a standard Twin Otter turboprop aircraft which also needs to carry the RAID drill system, a generator, fuel, tents, supplies and the four person scientist crew. With this in mind, the entire winch system, including a demountable cable sheave pole and the integrated sledge, is made from aluminium and designed to be extremely light and compact. Moreover, the winch is engineered to boast a high level of ruggedness and dependability - as it must be used time and time again, without requiring servicing and access to spares.

The extreme conditions at the drill sites also place extensive demands on the winch system in terms of efficiency, intelligent user friendliness and safety as the combination of high altitude and extreme cold make it difficult for operators to stay concentrated for extensive periods of time. In response to this, the MacArtney ice core drilling winch system is designed for speed, accuracy, safety and operational simplicity empowered by automated functions and drilling modes. For instance, a PLC on the winch makes sure that the winch is automatically stopped at 20 cm above the last depth of drilling. Subsequently, either the operator or an automatic drill programme will take control to secure that optimal ice chipping samples are collected. When the drill is recovered, the PLC makes sure to cease winch operations one metre before the back of the drill reaches the surface.

Ice core track record
British Antarctic Survey has been using a MacArtney winch for ice core operations for the last 20 years and with the new system, the organisation commands a state-of-the-art system with a wide range of improved features and benefits. According to Julius Rix of British Antarctic Survey, the MacArtney winch was chosen for its reliability and impressive track record in uniquely harsh polar environments. 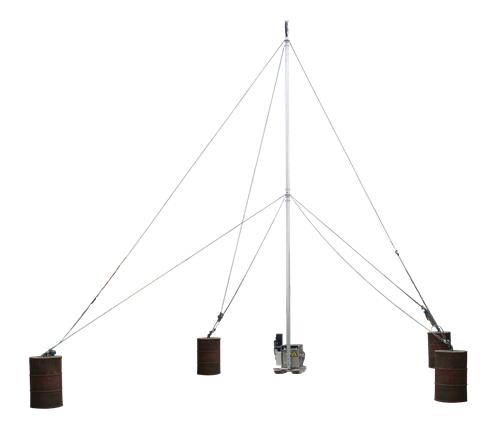