The MacArtney News Summary is a periodic recap of our most recent news and press releases. You will receive up to 6 emails per year and can unsubscribe at any time

This month, the world marks a centenary since the unsinkable Titanic took 1514 souls with it to the bottom of the Atlantic Ocean. At a depth of 3784 metres below the surface, the wreck lay untouched until it was rediscovered in 1985. 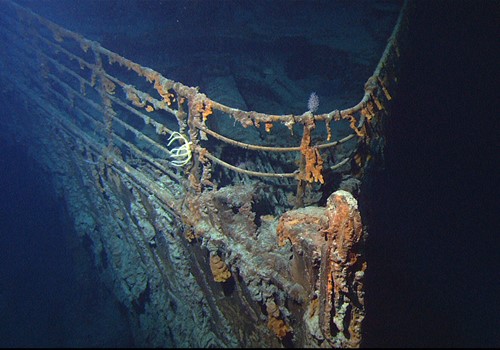 The subject of enormous interest in the 28 years following its rediscovery, the enormous debris field, stern and bow wreckage have been visited countless times by scientists and even tourists.
The approximately 2½ hour dive to the wreckage on the seabed is regularly performed by the vessels MIR 1 and 2, self-propelled deep submergence vehicles built as a joint Finnish and Russian project in 1987. These vessels were also used by James Cameron to take footage of the Titanic for his 1997 film.

With human passengers at such depths, equipment reliability is critical. SubConn® connectors on board the two MIR vessels provide reliable and resilient system infrastructure at the very bottom of the ocean.

SubConn® connectors were also on board the vessel, Alvin, which located the Titanic in 1985.

It is estimated that in 50 years from now, the remains of the once majestic vessel will collapse and be almost entirely consumed on the ocean floor. Until then, visitors and scientists will continue to study the remains of what was one of the greatest maritime tragedies of the 20th century.