The MacArtney News Summary is a periodic recap of our most recent news and press releases. You will receive up to 6 emails per year and can unsubscribe at any time

MacArtney Norge has a long standing relationship with ROV manufacturer SAAB Seaeye Limited - and the two companies have worked together on numerous projects related to the production, maintenance and sale of the versatile Sea Owl 500 observation class ROV system. Now MacArtney and SAAB Seaeye have developed an upgraded XTi version which, while staying within the realm of the original and proven Sea Owl 500 design, features significant upgrades of all system facets.

The Sea Owl
The Sea Owl system was developed by SAAB in the early 90’s and has since proved itself as an extremely reliable and also a very popular ROV among its users. Applications include observation and inspection of subsea installations and light work tasks in challenging environments.

The primary market for the Sea Owl is firmly rooted on the Norwegian Continental Shelf and the XTi has been developed to meet the requirements of operators who perform subsea work on behalf of, for instance, Statoil. Among the new features, the XTi boast a 360 degree control programme (6 DOF), a 3000 metre depth rating and a 400 metre tether length on the top-hat TMS. In addition, the SAAB Seaeye ICON control system enables easy integration of sensors. Finally, tooling package application is made even more flexible and user-friendly. 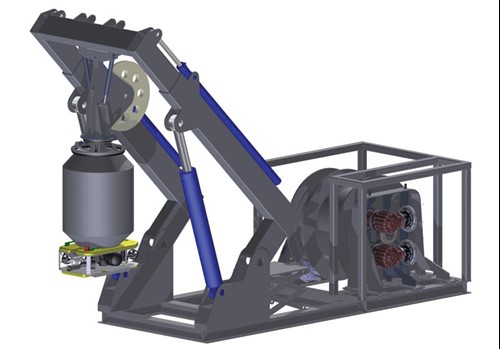 To realise this exciting system upgrade, MacArtney Norge has worked closely with the MacArtney Group HQ in Denmark - to develop a complete launch and recovery system that meets customer demands for ‘No Manuel Handling’ and HSR requirements.

The entire Sea Owl XTi solution is marketed by MacArtney Norge AS and is now available for delivery. Already, MacArtney is experiencing significant interest among existing as well as new customers.