Recently, renewable energy technology developer, Principle Power, was awarded a Department of Energy grant worth $4M and up to $47M in total funding, to support its WindFloat Pacific Demonstration Project.

Recently, renewable energy technology developer, Principle Power, was awarded a Department of Energy grant worth
$4M and up to $47M in total funding, to support its WindFloat Pacific Demonstration Project.

In that connection, Principle Power has announced the list of official project partners, all marked to deliver an essential contribution to the WindFloat project.
MacArtney Underwater Technology is proud and pleased to feature on this list and to be a part of such a promising and large-scale project. 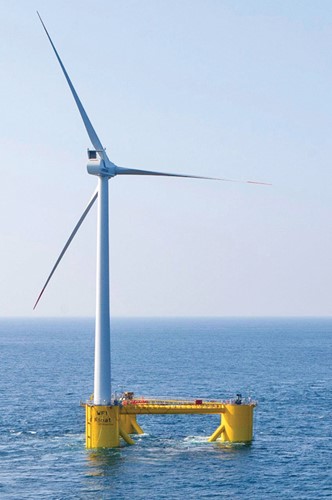 To date, due to technology and project economics, offshore wind farm locations have been limited to environmentally and stakeholder sensitive shallow inshore waters. However,
based on a patented floating foundation for offshore wind
turbines, the innovative features of the WindFloat allow turbines to be placed at deep water locations, out-of-sight
from shore where the wind is stronger and more consistent.

The WindFloat offers considerable economical advantages over traditional offshore wind solutions, since the entire turbine and floating foundation is built and assembled on shore, and installed using conventional tug vessels. This way, the WindFloat is alsoa more cost-effective, simpler and less risky approach to offshore wind development. A prototype of the WindFloat system has been operating successfully off the coast of Portugal since October 2011. This installation marks the first multi-megawatt offshore wind turbine to be installed without the use of any heavy lift offshore vessels. 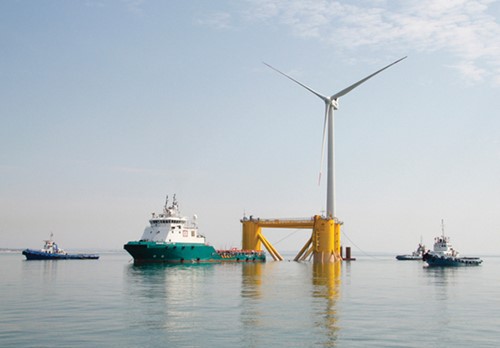 According to Alla Weinstein, CEO of Principle Power, "the WindFloat eliminates many installation and environmental risks, while offering access to more robust wind resources, resulting in a reduction in the cost of energy". "The DOE grant, the support of the State of Oregon, the Port of Coos Bay, and the project partners are the essential elements for the success of the project. The future of the offshore wind industry lies in deeper waters and we are now taking the critical next steps."

A more elaborate scope of work for the Principle Power project, as well as the scope of involvement by MacArtney Underwater Technology, will be finalised in the coming months. More information will follow upon disclosure.Meanwhile, MacArtney remains confident that its underwater technology and connectivity systems will provide a key contribution to the WindFloat project.