Connecting to Ocean Energy
On June 10th 2013, when doors open to the 10th edition of the annual Energy Ocean International Conference in Warwick, Rhode Island - global provider of underwater technology solutions, the MacArtney Group, will be displaying a full-scale section of a Medium Voltage Inline Termination on its exhibitors stand.

Underwater connectivity plays an increasingly vital role within the new renewable energy sector. Gathering the energy is just part of the equation, and as ocean energy promises to become an ever more important component of the world’s future energy portfolio, the challenge presented by interconnecting energy production and converter units and connecting them to the grid, is bound to receive the undivided attention of developers and operators.

MacArtney MV Inline Terminations are engineered to make offshore inline connections faster, easier and more effective. Cables can be terminated on site or ahead of cable laying and the actual mechanical connection of the two halves takes less than an hour, making it an ideal solution for applications with limited time windows, such as tidal energy units. The short connection time also means that valuable ship and downtime is reduced.

Inline Termination for EDF, Paimpol–Bréhat tidal farm
Off the coast of Brittany (France), a truly pathbreaking tidal energy project is rapidly approaching an operational stage of development. Initiated and administered by EDF (Electricité de France), and powered by four OpenHydro (DCNS) tidal turbines, the Paimpol-Bréhat project is set to become the largest tidal array in the world, and the first large-scale tidal energy farm to be connected to the onshore power grid. Within the scope of this project, MacArtney MV Inline Terminations are being widely applied to connect tidal turbines to a central subsea power conditioning unit.

The MacArtney portfolio of underwater technology systems and products has proven itself to be an ideal basis for advising and supplying the rapidly growing renewable energy sector. Several MacArtney products are directly applicable within offshore renewable energy sectors, where especially our connectivity (SubConn®, OptoLink), termination, infrastructure and rotary solutions hold a successful track record. What is more, MacArtney is also capable of supplying further developed and customised products as well as completely new system designs - tailor made to empower any particular purpose, project or specification. 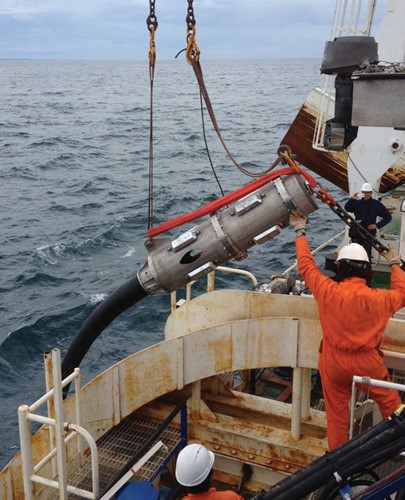