The new ROV is bound to join DBB's modern fleet of underwater vehicles and is the fourth Sperre SUB-fighter system in operation for DBB ROV Services.

Besides work performed on offshore drilling rigs, the Sub-fighter ROVs are also engaged in supporting the other two DBB companies - in particular on the offshore wind turbine market. Here, this type of ROVs has become one of the most used vehicles with a reputation and track record as an extremely robust and easy to maintain ROV, designed and built for the harsh North Sea environment.

The Sub-fighter ROV can also be delivered as a crawler with caterpillar tracks for tasks where most of the work takes place on the seabed - for instance with jetting systems and cable trackers. 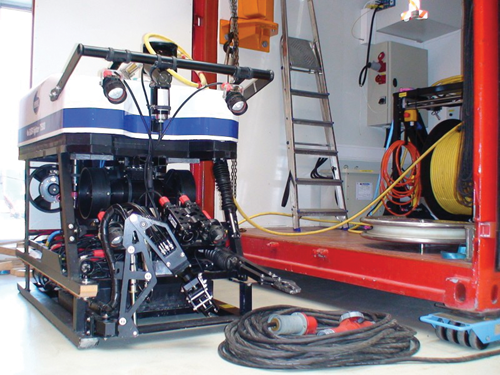