In its capacity as Focal-MOOG Components Group representative in Scandinavia and Holland, the MacArtney Group has recently passed a momentous system delivery milestone.

In its capacity as Focal-MOOG Components Group representative in Scandinavia and Holland, the MacArtney Group has recently passed a momentous system delivery milestone.

Since the partnership was initiated, MacArtney has facilitated the sale and delivery of more than 40 Focal swivel solutions to offshore Floating Production Storage and Offloading (FPSO) vessels operating across the world.

FPSOs
FPSOs are offshore production facilities that house both processing equipment and storage for produced hydrocarbons. The basic design of most FPSOs encompasses a vessel shaped platform, with processing equipment aboard the vessel deck and hydrocarbon storage below in the hull. After processing, an FPSO stores oil and gas before periodically offloading to shuttle tankers or transmitting it onshore via pipelines.

FPSOs are viable development solutions for a number of different deepwater or ultra deepwater offshore field situations. Because an FPSO can be disconnected from its moorings, this type of offshore production vessel is optimal for areas that experience adverse weather conditions, such as cyclones and hurricanes. Additionally, they pose an excellent economical solutions for more marginal fields, in that the vessel can be moved and redeployed once the original field has been depleted. Adding to the economical advantages, existing tanker vessels can often be converted into FPSOs.

FPSO swivels
Moored to the seafloor and usually tied to multiple subsea wells, the FPSO gathers hydrocarbons from subsea production wells through a series of subsea structures and pipelines. Once tapped, hydrocarbons are transmitted through flowlines to risers, which transport the oil and gas to the FPSO on the surface.

At the heart of the FPSO, the vital transfer of hydrocarbons, along with power, hydraulics and fibre optical signals between surface and seafloor is facilitated by an FPSO swivel. Typically comprised of electrical passes, hydraulic utility swivels and fiber optic rotary joints, swivels are used in a variety of FPSO configurations including buoy, turret mooring and offshore loading towers. Once installed, FPSO swivels permit the continuous flow of fluids, power and communication with unlimited freedom of the vessel to weathervane about its mooring point. 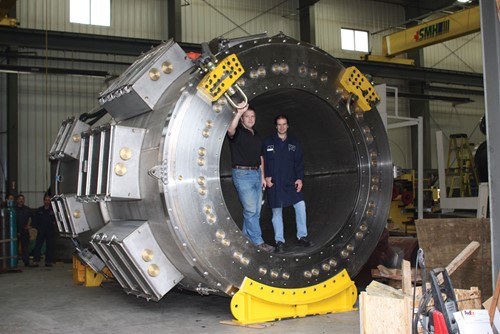 Through its participation in several projects, MacArtney has gained an extensive track record as a Focal FPSO swivel supplier and provider of specialist engineering support to FPSO operators and FPSO swivel stack, mooring and turret manufacturers across the entire offshore industry.

"MacArtney Sales Manager, Jens Henrik Gadeberg, says that "MacArtney is fully committed to its partnership with Focal and dedicated to deliver state-of-the-art swivel solutions to the FPSOs of tomorrow. According MacArtney Business Development Manager Anders Andersen; "one of the next exciting steps within FPSO swivel development and supply will comprise massive 145 kV swivels for facilitating the transfer of high power from land based sources". 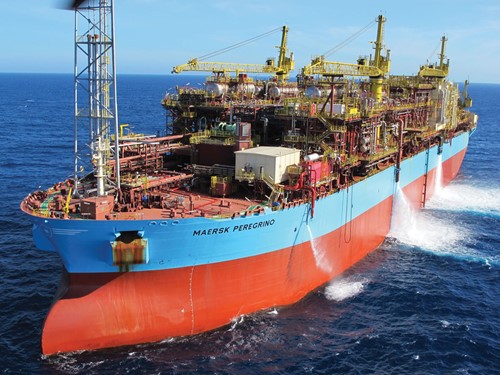