The MacArtney Group has recently extended its exclusive agreement with long standing Chinese agent - SeaTech China. The new two-year deal was signed as SeaTech China and MacArtney joined forces for the first ever Chinese edition of the OI (Oceanology International) exhibition for marine science and technology.

The MacArtney Group has recently extended its exclusive agreement with long standing Chinese agent - SeaTech China. The new two-year deal was signed as SeaTech China and MacArtney joined forces for the first ever Chinese edition of the OI (Oceanology International) exhibition for marine science and technology.

MacArtney and SeaTech China
Ever since the founding of SeaTech China, the company has functioned as an official MacArtney representative on the Chinese market for underwater technology products and solutions. Throughout the lifetime of their cooperation, the two companies have pursued a strategy based on mutual skills and benefits and worked determinedly to support and harness the ascending potential displayed by all Chinese marine technology related sectors and industries. 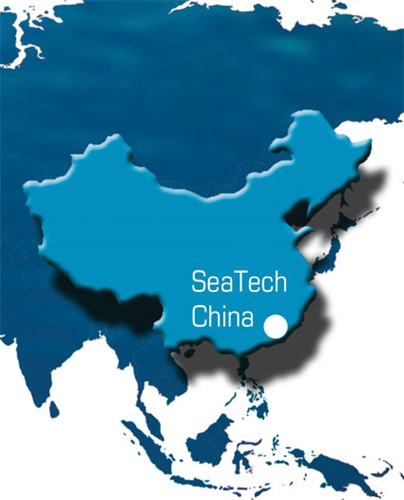 An exclusive agreement with mutual benefits
Encompassing exclusive rights for SeaTech China to market and sell key MacArtney products such as SubConn® and OptoLink connectors, penetrators and MacArtney NEXUS multiplexers, the new two-year representative agreement works to consolidate and strengthen the partnership between the two companies.

Making good use of its vast network and specialist knowledge of local demand, SeaTech China will manage the sale of MacArtney underwater technology products and systems in China. Meanwhile, MacArtney will provide full access to stock, service and knowhow - along with dedicated local and global support.

Growth runs deep in marine and offshore China
Like several other global companies across diverse sectors and industries, MacArtney has long been taking active part in the tremendous economical and technological upturn that continues to characterise the order of the day in China. Within the scope of this reality, maritime and offshore related sectors can be found amongst the business areas that are gaining increased importance and attention.

As a prime example, the most recent Chinese five-year plan for national economic and social development includes a dedicated chapter on marine economy - as a key driver of growth. Within this context, and driven by ambitious goals, the Chinese government has boosted funding for scientific oceanography, offshore hydrocarbon exploration, research and deep-sea technologies. In practice, this entails that an increasing number of state, private and academic bodies are throwing their full weight behind areas such as the exploration of marine science and technology innovation, marine industry development and marine environmental protection.

OI China 2013
As a testament to this development, the inaugural edition of OI China took place in Shanghai between 3rd and 5th September 2013. Developed in cooperation with government and industry associations, the first ever China based edition of OI provided a unique forum for companies looking to connect with the growing Chinese offshore energy and marine industries.

For OI China 2013, SeaTech and MacArtney successfully joined forces to connect with key players and potential customers. According to MacArtney Sales Manager Steen Frejo, "the SeaTech China and MacArtney stand enjoyed many interested visitors representing a diverse range of industries... MacArtney and Seatech China will definitely be back for OI China next year". On the cooperation with SeaTech China Steen Frejo stated: "SeaTech is a strong partner for MacArtney, and our mutual dedication to achieving growth through providing the best solutions is an essential key to success within the Chinese market". 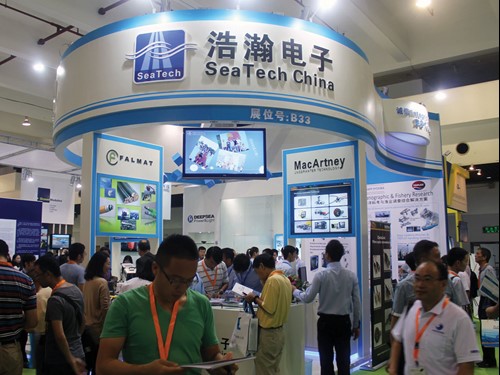