Across England and Wales, The Environment Agency monitors fish life in rivers and waterways. They investigate rare and threatened species, such as eel and lamprey, and enumerate salmon and sea trout migrations. These agencies also investigate fish behaviour around in-river structures like abstraction sites and pump houses, tidal flap structures and fish passes to name a few applications. 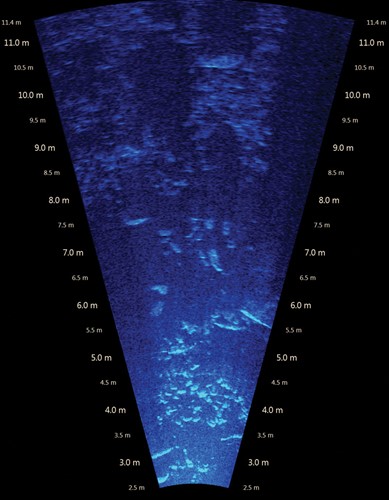 “The higher resolution and lower power requirements of these short range units will be ideal for studying fish movements in the turbid waters around tidal flap structures and fish passes, particularly in remote locations that lack mains power supply,” explained Jon Hateley, Technical Advisor (Hydroacoustics) at the Environment Agency.

All the new ARIS Explorer range of sonar's are low powered, drawing less than 15W – half the nominal 30W required for the current DIDSON. It also requires less maintenance as the sealed lens arrangement eliminates the need for a silt box and the internal focus drive mechanism avoids potential jamming issues.

The DIDSON system is still a popular choice for imaging sonar units for fisheries and Marine Scotland has recently placed an order for a standard 300m rated DIDSON system. This system will be used by the Scotland Freshwater Laboratory for fisheries investigation and fisheries research projects. MacArtney Underwater Technology will supply the DIDSON, a range of accessories, commissioning and training. The Environment Agency in Wales has also purchased a DIDSON LR (Long Range) imaging sonar.

All ARIS and DIDSON system orders include the sonar, Pan & Tilt rotators, special lens items, commissioning and training if and as required.