Introducing FLEXUS - more than an ROTV

MacArtney is delighted to introduce the FLEXUS, an new innovative and highly versatile data acquisition system developed by the MacArtney Group.The FLEXUS was recently premiered at the 2014 version of Oceanology International in London.

Introducing FLEXUS - more than an ROTV

MacArtney is delighted to introduce the FLEXUS, an new innovative and highly versatile data acquisition system developed by the MacArtney Group.The FLEXUS was recently premiered at the 2014 version of Oceanology International in London. 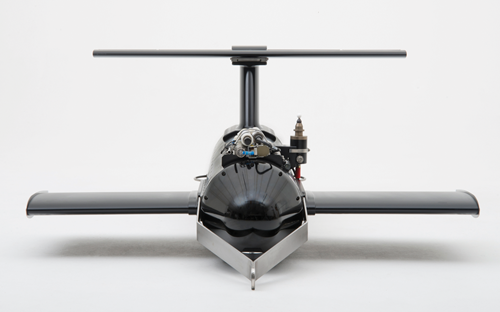 The vehicle
Based on a simple and rugged, yet extremely flexible remotely operated towed vehicle, the FLEXUS composes a highly versatile and user friendly system suitable for a multitude of oceanographic, monitoring and survey applications.

Like the more advanced MacArtney TRIAXUS and FOCUS-2 ROTV systems, the FLEXUS is based on a towed vehicle featuring a broad range of innovative features and benefits.
The FLEXUS vehicle is suitable for several mission types including effective and detailed mapping of physical and chemical parameters in the water column. The vehicle can be controlled vertically with an operational envelope of 0-200 metres and is able to operate at a tow speed of up to 10 knots and with a vertical speed of up to 1 m/s.

In terms of flexibility, the FLEXUS is able to carry out a broad variety of different scientific monitoring tasks and can easily be reconfigured for new applications. With regards to instrumentation, CTD packages, transmissometers, flourmeters and sensors for PAR, turbidity and dissolved oxygen are among the broad variety of oceanographic equipment mountable onboard the FLEXUS vehicle.
The system may also be equipped with traditional survey sensors including side scan sonars. 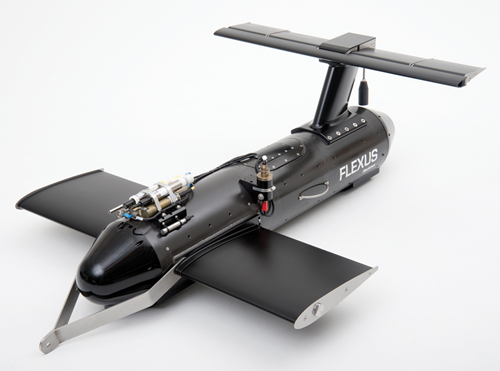 The FLEXUS vehicle can carry a broad variety of different monitoring instruments and sensors. It can also be equipped with traditional survey sensors, such as side scan sonars

Flexibility + NEXUS = FLEXUS
The high level of flexibility offered by the FLEXUS vehicle is enabled by a powerful MacArtney NEXUS MK E electric multiplexer which comprises the heart and backbone of the FLEXUS system. By means of the NEXUS MK E multiplexer, the FLEXUS vehicle can be used with existing marine winch and cable solutions and coupled with the compact footprint of the vehicle itself, it is fully deployable from even small sized vessels of opportunity.
Moreover, featuring multiple channels and connectivity options on the subsea multiplexer unit, the NEXUS MK E allows FLEXUS operators to combine systems and sensors in several ingenious ways to perform an extensive range of operations and yet, the potential flexibility of the FLEXUS does not end here.

More than an ROTV

While the NEXUS MK E can be used onboard the FLEXUS vehicle, it can also be easily dismounted for use with other applications on other sensor and instrument carrying oceanographic platforms, including CTDs, landers, corers, drop camera systems and custom bottom tow sledges. In sum, this vast degree of cross-application flexibility makes the NEXUS enabled FLEXUS system a highly competitive choice as an all round and cost effective monitoring and data acquisition tool.

The first system
At the time of writing the first FLEXUS system is undergoing the final stages of testing before being delivered to DTU Aqua - the National Institute of Aquatic Resources at the Technical University of Denmark. DTU Aqua conducts research, provides advice, educates and contributes to innovation in sustainable exploitation and management of aquatic resources - will deploy the FLEXUS to boost its surveying capabilities.

According to Tommy Nielsen of DTU Aqua, the institute will be looking to deploy the FLEXUS for several different purposes including hydrography, undulating CTD measurements, underwater photography, echo sounder measurements, side scan sonar operation and special equipment testing. "The FLEXUS is capable of true plug-and-play versatility and can be easily rigged and refitted for new missions" says Tommy Nielsen and continues: "coupled with easy system maintenance and the opportunity to use the onboard NEXUS mux for our CTD and benthic sledge, the FLEXUS promises to live up to its name". On the sparse launch and recovery requirements of the FLEXUS Tommy Nielsen says: "We will be testing the FLEXUS system off our small vessel 'Havfisken, which is basically a modified traditional fishing boat'. 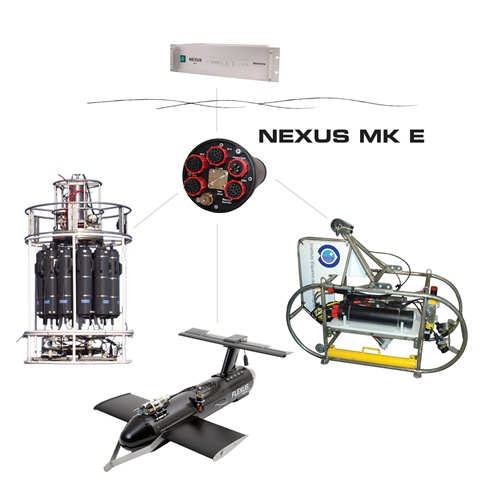